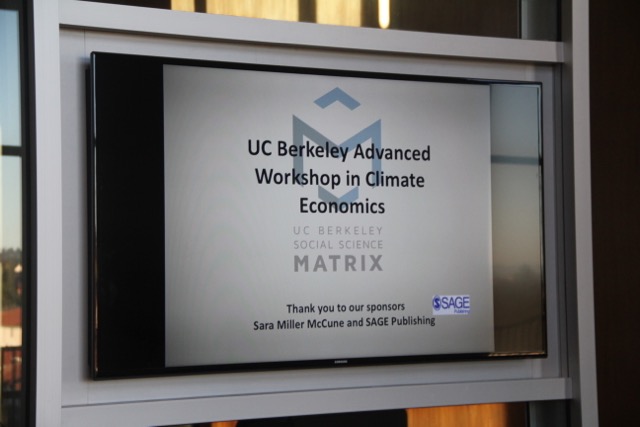 UC Berkeley’s Social Science Matrix was honored to host the Advanced Workshop in Climate Economics, with support from Sage Publications and Sara Miller McCune. This two-day conference brought together leading climate economists from around the world, with representatives from UC Berkeley, Harvard, Stanford, the University of Chicago, MIT, and others, for two days of research presentations and dialogue around methodology, modeling, and future collaborations. The 2018 Advanced Climate Economics Workshop was made possible with a generous contribution from SAGE Publishing and Sara Miller McCune.

The workshop was hosted by the Berkeley Climate Economics Group, which is led by David Anthoff, from UC Berkeley’s Energy and Resources Group, Max Auffhammer, from the Department of Agricultural and Resource Economics & International Area Studies, and Solomon Hsiang, from the Goldman School of Public Policy. Social Science Matrix has supported the work of these researchers since 2015; they have convened a summer workshop and two Matrix Research Teams focused on using economics to understand the potential impacts of climate change in the U.S. and around the world.

The goal of the Advanced Workshop in Climate Economics was to explore recent advances in climate economics, with an emphasis on the linkage between empirical and numerical modeling methods. One major stated goal of the workshop was to bring junior and senior researchers together. The final program consisted of presentations from an outstanding group of invited leading senior researchers, as well as a select group of junior researchers (PhD students and post-doctoral students).

The first day focused on three themes: climate impacts at the macro and micro scales, geoengineering, and storms. Dalavane Diaz, from the Electric Power Research Institute, kicked off the day with a fascinating study on the national scale impacts of climate change on heating and cooling demand in the built environment. She presented work on a large-scale technometric model that has the ability to simulate the impact of socioeconomic changes and climate change on energy demand from buildings. Her analysis finds that energy efficiency and prices will drive down the overall demand for energy, yet climate change will offset some of these gains.

Massimo Tavoni, the chief climate economist of the European research network FEEM, presented research on the future of climate engineering (also known as geoengineering), the deliberate manipulation of the earth’s climate system to mitigate climate change. He argued that nations should begin to make agreements to govern how and where such technologies are used.

Michael Greenstone, who formerly served as Chief Economist on President Obama’s Council of Economic Advisors, presented a fascinating study on the feasibility of growing food crops in North America. He linked a large data set on crop yields with extensive temperature data and analyzed which areas will still profitably grow soy, wheat, and corn by the end of the century.

Matthew Gammans, a PhD student from UC Davis, presented work on the impacts of climate change on French wheat yields. His paper represents a major technical step forward in allowing researchers to empirically disentangle how farmers respond to changes in weather (day-to-day fluctuations) relative to changes in climate (i.e. long-run changes in weather). His paper proposes a simple framework to separate these two effects, and he finds that for French wheat, there is a difference in the two responses, although the difference is much smaller than previously thought.

Tony Smith, Professor of Economics at Yale, is a new member of the climate economics community, and he presented his first foray into the climate impacts literature. He built a highly disaggregated model of economic activity at the global scale, which allows one to estimate impacts on gross domestic product at the pixel scale. This new modeling framework provides a meaningful avenue to model the impacts of international trade and other general equilibrium responses on global economic activity.

Will Rafey, a graduate student at MIT, presented work on the potential economic impacts of geoengineering. His paper, together with that of Massimo Tavoni, started an engaging conversation on the institutions required for a global effort to engineer the climate. Some forms of geoengineering are very cheap (e.g. pumping sulfates into the atmosphere), but the consequences are not well understood. These papers are pushing this frontier forward.

Lint Barrage, a rising star and Professor of Economics at Brown University, and Mariia Belaia, a postdoctoral scholar at Harvard, presented work on the impacts of storms and variation in the monsoon on economic activity. This work shines light on the tremendous negative impact of storms at the economy level, and attempts to measure the long-run consequences of these events, which are projected to increase in intensity as a result of climate change.

The second day of the workshop focused largely on estimating the impacts of climate change through diverse methods.

Richard Newell, former member of the Council of Economic Advisors, chief administrator of the Energy Information Administration, and current president of Resources for the Future, presented new work on estimating the impacts of climate change on GDP, using methods from the statistical literature on forecasting. His paper shows how sensitive impact estimates are to the choice of mathematical relationships used to project them. 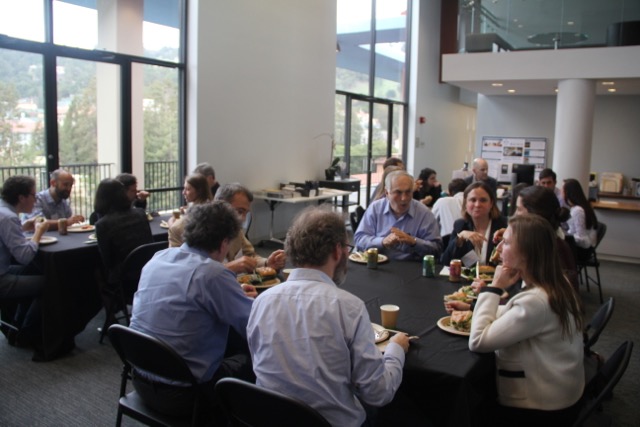 UC Berkeley graduate student Hannah Druckenmiller presented new work that will allow future generations of researchers to use simple methods from time series analysis in a spatial context. Her research has potential to save tens of thousands of computing and coding hours and increase the precision of empirical climate impacts estimates.

Frances Moore and Solomon Hsiang brought the academic portion of the workshop to a close. Frances’ paper shows that, if one updates a model used by the EPA to calculate the social cost of carbon (SCC) using the most recent science on how agriculture responds to changes in temperature, the SCC more than doubles. This encouraged everyone in the room to engage in efforts to update other components of these models. Sol Hsiang’s paper, meanwhile, showed off an amazing effort at collecting any household level consumption survey ever taken and relating it to temperature. His research is a work in progress, but suggests that hotter temperatures will lead to decreases in consumption around the world.

The closing keynote, “U.S. Climate Policy Whiplash: Recent Developments and Current Outlook,” was delivered by Trevor Houser, a partner at the Rhodium Group who formerly served as the chief architect of Hillary Clinton’s environment and energy platform. As Professor Auffhammer pointed out, more people voted for this platform than any other environmental platform in the history of the U.S. In his sobering talk, Houser laid out the myriad challenges that the U.S. energy system will face over the next 30 years. Even given the advances in renewable energy technology and their costs, the required rate of turnover in capital needed to affect significant change is astronomical. He outlined a number of points that receptive administrations could adopt in order to make significant progress.

Participants lauded the breadth of papers and felt inspired to push the frontier forward. Indeed, one of the most significant takeaways was the widely expressed need to continue collaborations, and ensure there is an ongoing forum for this work. Professors Anthoff, Auffhammer, and Hsiang are committed to continuing and expanding their work in the future. 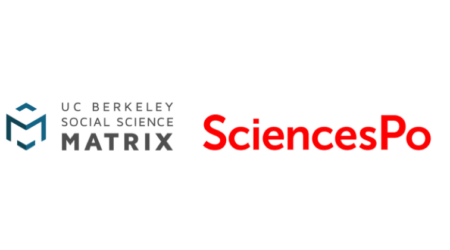 Four teams of scholars from the U.S. and France will use seed funding to tackle globally significant, cross-disciplinary research questions in the social sciences.

END_OF_DOCUMENT_TOKEN_TO_BE_REPLACED 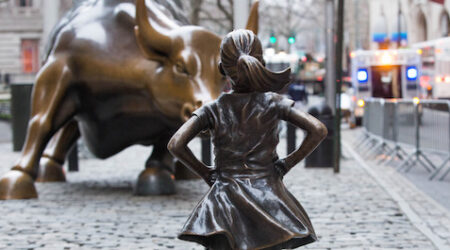 Changing the Face of Economics

UC Berkeley economics professor Dr. Martha Olney explains the importance of diversity in the field, and why she supports initiatives designed to welcome underrepresented groups to the major.

END_OF_DOCUMENT_TOKEN_TO_BE_REPLACED 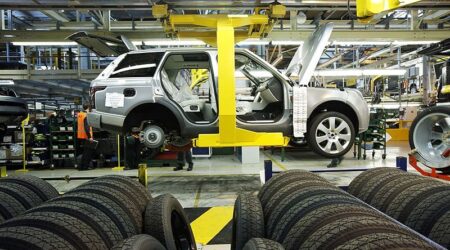