Home » Changing the Face of Economics

As a teenager, Martha Olney joined her high school’s Women’s Lib group (“that’s what it was called those days,” she says) and watched a screening of the 1973 “Battle of the Sexes,” the tennis match between notorious male chauvinist Bobby Riggs and feminist athlete Billie Jean King. Forty-four years later, Emma Stone and Steve Carell are playing King and Riggs on the silver screen, and Olney, now a professor in the UC Berkeley Department of Economics, is still part of the fight for social justice she first joined in her Women’s Lib days. 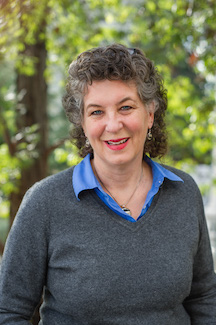 Among undergraduates, economics is sometimes regarded with suspicion (or good-natured ribbing) as a major for students hoping for lucrative post-graduation jobs at big banks and trading companies. Olney is quick to challenge that stereotype. “Probably the least important thing we do is create people who can become gurus at Goldman Sachs,” she says. “The most important thing we do is equip people with skills that allow them to be policymakers, to make a big difference in the world, through using their economic skills.”

What might sound like an idealistic vision of economics for the public good is borne out by real-life examples. Olney lists numerous alumni who have gone on to work in public policy, international development, the Department of Labor, public health, and local organizations like Oakland’s Greenlining Institute, which seeks to bring lending to East Bay neighborhoods traditionally excluded by big banks.

Olney feels strongly about shifting perceptions of economics away from the picture of the discipline as a pipeline to Wall Street because that stereotype tends to discourage students from underrepresented groups, including women and people of color. She notes that women tend to seek disciplines with a more clear social-good component, such as Berkeley’s political economy major, which has less of a gender imbalance issue. “People think economics is about Goldman Sachs and political economy is about social change,” she says. “There are a lot of us who disagree and think that economics is a fabulous tool for social change. If you really understand economics, you don’t just take all these economic models at face value. You can change the assumptions behind them, and that changes the model.”

Economic models are a significant part of why Olney has worked to promote diversity in the field. “Economic models are based on assumptions, many of them about how people behave,” she says. “But if we have a profession full of people who look like each other and have life experiences a lot like each other, then the questions we’re going to receive are never going to probe us to think outside of our own personal experiences. If there’s nobody in the room who ever grew up in poverty, we’re more likely to make really bad assumptions about how people in poverty behave. On the other hand, if we have a population of economists who reflect the diversity of the world, some challenges will come from people whose lived experience is completely outside anything you have ever known. And that’s the only thing that is going to make our models better.”

Olney explains that she came to this realization through two “aha” moments from different points in her career. The first occurred when she was a young assistant professor attending a conference, and she listened as a group of male economists delivered a presentation. “The essence of their argument was that when people are old, they can be prepared to care for themselves in their old age by saving, and there’s no reason why their children should have anything to do with their care in their old age,” says Olney.

She was taken aback by this argument and by the cavalier attitude of one of the presenters toward the issue of caring for an elderly parent in his own life. “The man said, ‘I don’t have a comparative advantage in terms of taking care of my mother. Someone else does. I believe in the gains from trade, so I should simply send checks.’” This approach didn’t ring true to Olney based on her knowledge about the gendered nature of caretaking, which is frequently perceived as women’s work, and her own experience seeing the women of her family caring for the elderly. The episode exposed the fallibility of models that are made based on assumptions about human behavior that paint an incomplete picture.

A decade later, Olney was teaching a U.S. economic history class about a similar topic, presenting on why fertility rates fell in the mid-1800s. One theory suggested that, for people on working farms, one of the benefits of having children was the “implicit contract” that those children would later take care of parents in their old age, yet when faced with greater numbers of opportunities away from their farm, children are “likely to default” i.e. move away. That decreases the expected benefit of having children, ultimately causing broader fertility declines. When she finished explaining the model, several Asian-American students raised their hands.

“What about filial piety?” they asked. (The term, Confucian in origin and prevalent in East Asia, refers to dutiful reverence for one’s parents and ancestors—an attitude that would make abandoning elderly parents unimaginable.)

Olney was blindsided. “Filial piety was not a phrase that I had ever heard,” she says. “It was a challenge to the model’s assumptions, a concept in a culture that says, ‘No, we would never do that. That’s a violation of everything that’s true about my culture.’” We have to listen to people whose lived experiences are different from our own, because when we project out of our own experience, we can get it wrong.”

To bring in more students who represent a variety of backgrounds, Olney has been a supporter of two emerging initiatives on campus: Undergraduate Women in Economics at Berkeley (UWEB) and Students of Color in Economics (SOCE). Olney emphasizes the importance of the community and camaraderie these organizations provide, along with their alumni and internship panels, workshops, and mentoring events. “This was my experience, once being one of the few women in math,” she says. “Sometimes you just want a safe space, as we call it now. Sometimes you just want to hang out with a bunch of other women, even if what you’re doing is a problem set.”

Just what a female or minority student in economics needs to be kept “safe” from was laid out in a recent New York Times article “Evidence of a Toxic Environment for Women in Economics,” which Olney shared on the UWEB Facebook page. The article focused on Berkeley alumna Alice H. Wu’s senior thesis research on sexism in the field.

The field of economics has struggled with gender parity at all levels (undergraduate, graduate, and faculty), but recent attention has increasingly turned to the demographics of students selecting economics as their undergraduate major. The Undergraduate Women in Economics Challenge, an initiative launched by Harvard economics professor (and former president of the American Economic Association) Claudia Goldin, seeks to encourage more undergraduate women to major in economics. And a recent article for the Berkeley Blog by economics student Hallie Gist focused on gender and racial disparities here at Berkeley, showing a dearth of underrepresented minority (UM) women graduates in economics: “an average of only nine UM women have graduated with a BA in economics each year for the past 10 years,” Gist wrote. Gender bias also finds its way into the field in other ways; past research has shown that female professors receive lower ratings from students than their male peers.

Part of this may have to do with who a young prospective economics student sees when she walks into a lecture hall. “Role models matter,” Olney says. “If you go through all of your undergraduate classes in economics and you never have anyone but a male professor, or you never have any professors who are people of color, that tells you who is in this profession. It matters who’s at the front. People at the front of the room who are not white males take a lot more flak from students. And that’s because we’re breaking people’s notions of who should be in the front of the room.”

Is changing culture an uphill battle? “Yes,” Olney says with a wry smile. “But even steep hills can be climbed.” 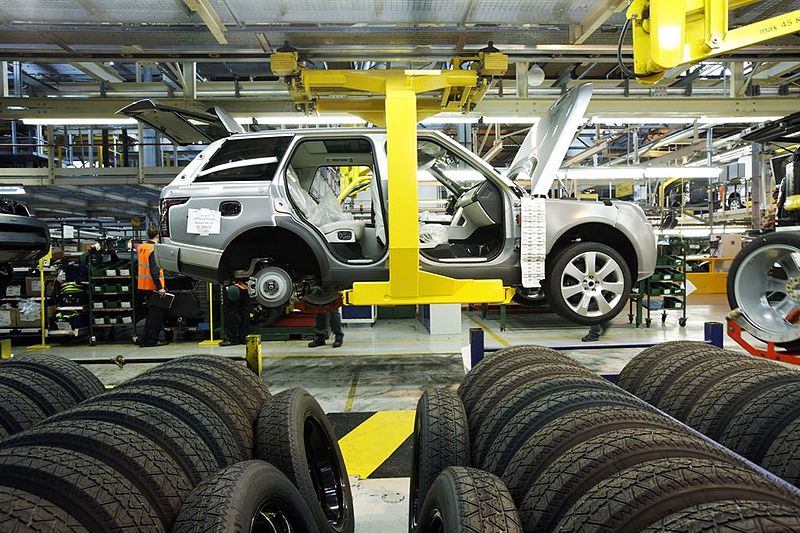