The “Authors Meet Critics” book series features lively discussions about recently published books authored by social scientists at UC Berkeley. For each event, the author discusses the key arguments of their book with fellow scholars. These events are free and open to the public.

In Engineering Vulnerability, Sarah E. Vaughn examines climate adaptation against the backdrop of ongoing processes of settler colonialism and the global climate change initiatives that seek to intervene on the lives of the world’s most vulnerable. Her case study is Guyana in the aftermath of the 2005 catastrophic flooding that ravaged the country’s Atlantic coastal plain. The country’s ensuing engineering projects reveal the contingencies of climate adaptation and the capacity of flooding to shape Guyanese expectations about racial (in)equality. Analyzing the coproduction of race and vulnerability, Vaughn details why climate adaptation has implications for how we understand the past and the continued human settlement of a place. Such understandings become particularly apparent not only through experts’ and ordinary citizens’ disputes over resources, but in their attention to the ethical practice of technoscience over time. Approaching climate adaptation this way, Vaughn exposes the generative openings as well as gaps in racial thinking for theorizing climate action, environmental justice, and more broadly, future life on a warming earth.

Listen to this event as a podcast below, or on Google Podcasts or Apple Podcasts. 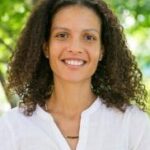 Sarah E. Vaughn is a sociocultural anthropologist working at the intersection of environmental anthropology, critical social theory, and science and technology studies.  She received her B.A. in 2006 from Cornell University, majoring as a College Scholar with a focus in Anthropology, Sociology, and Inequality Studies. She was awarded a Ph.D. in 2013 from the Department of Anthropology, Columbia University. Her research advances understandings of climate change in the Circum-Caribbean while tracking the affective, ethical, and political components of dignity and belonging. At stake in her research are questions about the role climate change has in shaping the materiality of expertise, an ethics of (re)distribution, and narrative form. She is affiliated with the Center for Science, Technology and Medicine, The Program in Critical Theory, and the Program in Development Engineering. 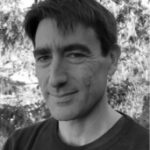 Stephen Collier studies city planning and urban governance from the broad perspective of the critical social science of expertise and expert systems. His work addresses a range of topics, including climate resilience and adaptation, emergency preparedness and emergency management, neoliberal reform, infrastructure, and urban social welfare. Collier examines both contemporary and historical topics, and is engaged with a number of sub-disciplinary fields, including science and technology studies, actor-network theory, governmentality studies, and cultural geography. Collier’s current research examines urban resilience as a significant new paradigm and practice in city and regional planning. He has conducted fieldwork on urban resilience in New Orleans and New York, with ongoing comparative projects in other U.S. cities that examine how urban governments are developing and financing resilience interventions. Collier’s ongoing work on resilience builds on longer-term research on the genealogy of emergency government in the United States, which resulted in a co-authored book, The Government of Emergency: System Vulnerability, Expertise, and the Politics of Security (forthcoming, Princeton University Press). Collier is co-editor of Limn, a scholarly magazine on contemporary problems that arise at the intersection of science, technology, and expert knowledge. He has edited issues of Limn on systemic risk, disease ecologies, design and development, and public infrastructure. 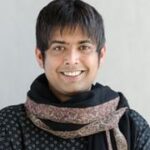 Sugata Ray is Associate Professor of South and Southeast Asian art in the Departments of History of Art and South and Southeast Asian Studies at UC Berkeley. His research and writing focus on climate change and the visual arts from the 1500s onwards. Ray is the author of Climate Change and the Art of Devotion: Geoaesthetics in the Land of Krishna, 1550–1850 (2019; winner of the American Academy of Religion’s Religion and the Arts Book Award) and co-editor of Ecologies, Aesthetics, and Histories of Art (forthcoming) and Water Histories of South Asia: The Materiality of Liquescence (2020). He is currently writing a book on Indian Ocean art histories in the age of Anthropocene extinction.

Daniel Aldana Cohen (moderator) is Assistant Professor of Sociology at the University of California, Berkeley, where he is Director of the Socio-Spatial Climate Collaborative, or (SC)2, and serves as a faculty affiliate in the graduate program on Political Economy. He is also Founding Co-Director of the Climate and Community Project. He is a CIFAR Azrieli Global Scholar (2021-23). In 2018-19, he was a Member of the Institute for Advanced Study in Princeton, New Jersey. He is the co-author of A Planet to Win: Why We Need a Green Deal (Verso 2019). He is currently completing a book project called Street Fight: Climate Change and Inequality in the 21st Century City, under contract with Princeton University Press. 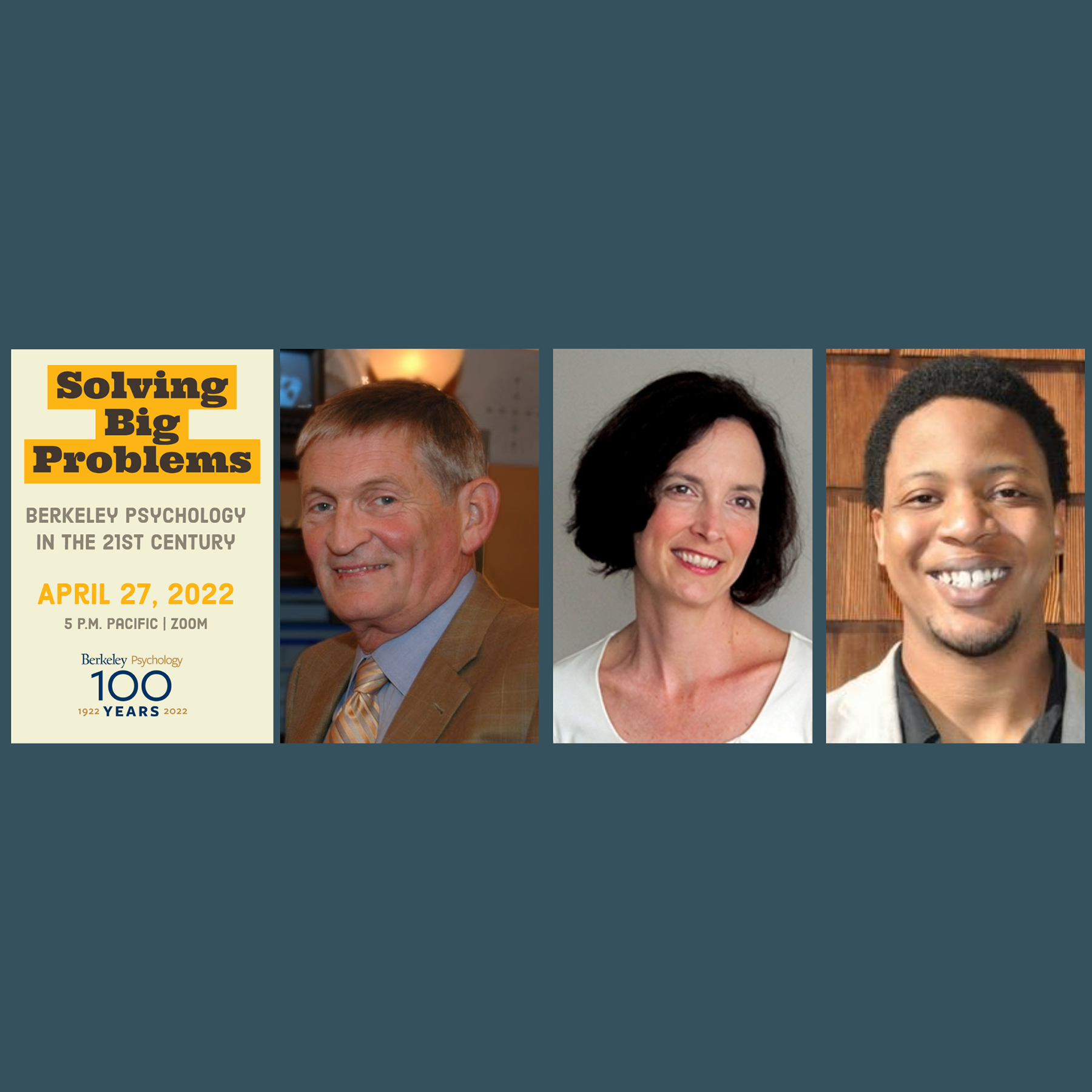 As part of an ongoing series of events celebrating the 100th anniversary of the Psychology Department at UC Berkeley, this video featured talks by three Berkeley Psychology faculty members: Professors Robert Knight, Sheri Johnson, and Jason Okonofua. The presentation was moderated by Serena Chen, Professor and Chair of Berkeley Psychology, and includes remarks by Raka Ray, Dean of the Division of the Social Sciences at UC Berkeley, and Carol Christ, Chancellor of UC Berkeley.

END_OF_DOCUMENT_TOKEN_TO_BE_REPLACED 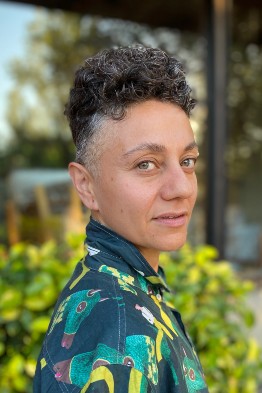 What does the War on Terror have to do with the Anthropocene? In this interview, Salar Mameni, Assistant Professor in the Department of Ethnic Studies at UC Berkeley, discusses their book project, "Terracene: A Crude Aesthetics."

END_OF_DOCUMENT_TOKEN_TO_BE_REPLACED 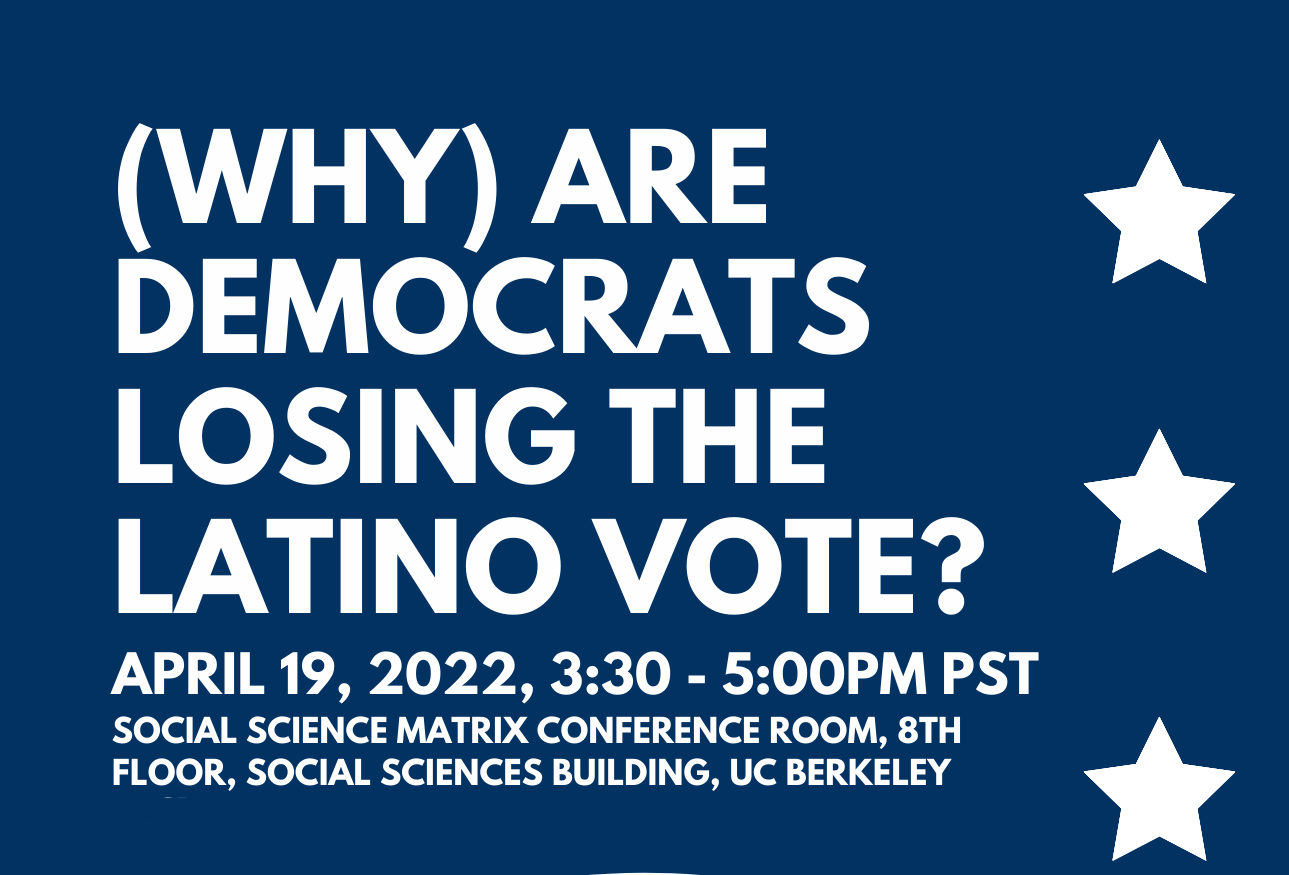