Home » Bloc by Bloc: How to Build a Global Enterprise for the New Regional Order

Listen to this event as a podcast

At a time when globalization is taking a step backward, what’s the best way to organize a global enterprise? This question is at the heart of CLTC Faculty Director Steven Weber’s book Bloc by Bloc: How to Build a Global Enterprise for the New Regional Order, which argues that firms should prepare for a world increasingly made up of competing regions defined by their own rules and standards — including data and technology standards.

Weber’s book (and its thesis) was also the focus of an “Authors Meet Critics” book talk, presented on February 11, 2021 by the Center for Long-Term Cybersecurity and UC Berkeley’s Social Science Matrix.  Professor Weber discussed the book with Vinod K. Aggarwal, Professor of Political Science, and Homa Bahrami, Senior Lecturer in the Haas School of Business. The panel was introduced by Matrix director Marion Fourcade and moderated by AnnaLee Saxenian, Professor in the UC Berkeley School of Information.

Bloc by Bloc, Weber explained in his introductory remarks, is “a book about economic geography that tries to ask the question, how should a global enterprise organize to reach the world in the coming decade? The assertion for me is that, if a leader today asks a a deceptively simple question — about where to store her firm’s data, where to seek legal foundation for its intellectual property, where its employees should live and work, where its robots should live and work — there’s really no coherent conceptual framework to guide those decisions right now.”

Drawing upon centuries of history, the book is an attempt to “set out that conceptual framework and try to explain where it comes from,” Weber explained, and to provide “concrete advice about how to make those decisions to maximize the upsides of what we can expect in this new economic geography.”

The book evolved in part from Weber’s past research and consulting with IBM’s then-CEO, Sam Palmisano, who coined the term “globally integrated enterprise” (as described in a 2006 article in Foreign Affairs) to describe how a company should prepare for a world of globalization.

“IBM actually took its own advice,” Weber said. “The problem was, by the time we figured it out, it was too late. It was one of those moments where you feel like got the argument exactly right, just at the moment when the story we were telling was coming to an end. That was the single most important moment and really the inspiration for the book, that the technical and political landscape that had enabled the globally integrated enterprise was gone.”

“The ability to see the landscape of economic geography in any particular era, assess how close it is to a stable equilibrium, and then figure out the right model for organization is the central problem of organizational strategy,” he said. “But to get it right is a lot harder than it sounds.”

Weber said that the era of globalization that was supposed to be made possible by the world wide web and “outsourcing” talent failed in part because “many corporate leaders… thought about cost reduction through the gap model, rather than growth and value creation.” The financial crisis of 2008 gave way to economic nationalism and the “introduction of new, non-Western rule sets and standards which were aimed at tilting the playing field toward China and Europe.”

These shifts have resulted in the rise of “logical regions,” defined by divergent rules and standards, and to succeed in this world, “a global organization needs to develop three or four full copies of itself that operates substantially on their own in an individual region.”

“What’s my rule of thumb advice for global enterprise strategy in this world?” Weber concluded. “I’ll sum it up in five commandments. Keep your robots close to home. Keep your data close to your chest. Keep your capital expenditure under tight control, no matter how loose monetary policy gets. Keep your job creation firmly in the spotlight. And finally, keep your fingers crossed for minimum viable global security cooperation between governments — and don’t expect to get a whole lot more than that.”

Keep your robots close to home. Keep your data close to your chest. Keep your capital expenditure under tight control, no matter how loose monetary policy gets. Keep your job creation firmly in the spotlight. And finally, keep your fingers crossed for minimum viable global security cooperation between governments — and don’t expect to get a whole lot more than that.

In her response, Professor Homa Bahrami drew upon her own past research on studying how businesses organize themselves. “My interest in organizational forms is, what are the new forms that are going to evolve through the impact of technology?” she said. “If you look at the first modern industrial corporation, it was nurtured and enabled by the development of railways and telegraph. Before that, the enterprises, we knew were more local in nature, just because you have the barriers of transfer, transportation and information sharing.”

Bahrami said she agreed with Weber’s point “about regions defined by technology standards, not by physical boundaries,” which is “the bedrock assumption that we have to keep in the back of our mind as we think about new organizational forms. Having said that, however, I think they’re going to be variations across industries. So if you think about financial services, its government control is  much tighter than if you think about technology industries, for example. We really have to apply somewhat of an industry lens, and if you look at some of the things that are going on in biotech and life sciences, those are going to be governed by different set of government rules and standards.”

In his comments, Professor Vinod (Vinnie) Aggarwal praised the book for “making a grand synthesis of about 50 different topics,” but noted that the book seems to shift in its argument about whether the world will be defined by physical boundaries and rules and standards. “Steve does say, in a nuanced way, in the last chapter, that we’re not saying this is completely divorced from physical space,” Aggarwal said. “This, to me is the original contribution of the book… I had hoped for a kind of economic geography that goes beyond the physical space view.”

To find out how Weber responded — and to hear the rest of this engaging discussion — watch through the link above, or watch it on YouTube. 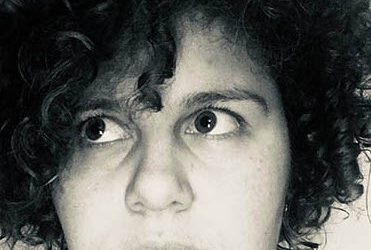 In this episode, Professor Michael Watts interviews Clancy Wilmott, Assistant Professor in Critical Cartography, Geovisualisation, and Design in the Berkeley Centre for New Media and the Department of Geography. Professor Wilmott comes to UC Berkeley from the Department of Geography at the University of Manchester, where she received her PhD in Human Geography with a multi-site study on the interaction between mobile phone maps, cartographic discourse, and postcolonial landscapes.

END_OF_DOCUMENT_TOKEN_TO_BE_REPLACED 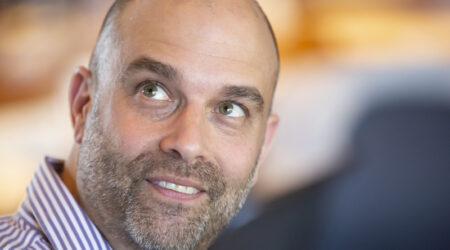 Recorded on January 29, 2021, this video features Joshua A. Tucker, Professor of Politics at New York University. Tucker discussed his recent research, which focused on understanding how well can ordinary people do in identifying the veracity of news in real time.

END_OF_DOCUMENT_TOKEN_TO_BE_REPLACED 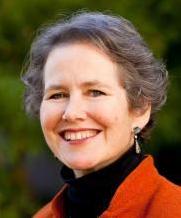