The Matrix Faculty Fellows Program supports Assistant- and Associate-level faculty members at UC Berkeley for work on research that has a significant impact in multiple disciplines in the social sciences. Fellows are chosen for the impact of their work in their home discipline, as well as the project’s potential impact and interest to scholars in other fields, aligning with the mission of Social Science Matrix to support cross-disciplinary research.

Matrix Faculty Fellows receive a course release (i.e., a reduced teaching obligation) to allow them to pursue work on publications and/or a book manuscript. The professors will also participate in Matrix programs, for example by contributing a website feature, participating in a panel discussion, or holding a workshop on a topic related to their research.

“We are excited to welcome this first-ever group of Matrix Faculty Fellows,” says Marion Fourcade, Director of Social Science Matrix. “I know from experience how important it can be to have time to complete a book or manuscript, and we hope that the interdisciplinary community at Matrix will be valuable to these scholars as they pursue their respective projects.”

Below are brief profiles of this year’s Matrix Faculty Fellows, based on their proposals.

Gašper Beguš is Director of the Berkeley Speech and Computation Lab. As a Matrix Faculty Fellow, Beguš will pursue a project entitled, “Artificial intelligence, spoken language, and society,” which aims to “better understand how social biases are encoded in deep learning models,” according to the the project’s abstract.

Beguš will focus on a book project with two interdisciplinary objectives: “to introduce deep learning to phonology and to introduce insights from phonology to the machine learning literature. Since the book opens up important new questions about productivity innovation, and imagination in neural networks and provides a framework to compare human behavior and brain responses to artificial neural networks, the book will be a useful resource to scholars of the humanities and social sciences such as cognitive scientists, philosophers of science, historians of science, and sociologists.”

As a Matrix Faculty Fellow, Beguš also aims to plan a workshop that “will be one of the first to bring together linguists, cognitive scientists, computer scientists, sociologists, scholars working with minoritized speech communities, and legal scholars to identify and discuss unique ways in which the new speech technologies bring opportunities and risks to the society.”

As a Matrix Faculty Fellow, Puck Engman, Assistant Professor of History, will continue work on a book project entitled “Capitalists: A Socialist Problem,” which “traces the history of how the socialist government worked to define and solve the problem of capitalists after its takeover of private firms in the 1950s,” as explained in the proposal.

“Socialism made capitalists a problem for the Chinese state because the same change of ownership that eliminated the conditions for distinguishing capitalists based on their socio-economic position introduced the necessity to identify capitalists by administrative means,” Engman wrote. “‘Capitalist’ became a position in a ranked order of class labels, an assigned status that determined access to education, welfare, and career advancement.”

Engman will draw upon sources such as declassified state archives and research collections to “demonstrate how senior leaders in Beijing and local officials in Shanghai approached sensitive issues of entitlement and belonging in the management of capitalists…. The study of the establishment, eventual breakdown, and, after Mao’s death, the transformation of the system to manage capitalists is key to understanding class status, a state category as important in socialist China as gender or race in North America today.”

Engman also intends to organize an interdisciplinary panel discussion entitled “China’s Reforms in East Asian Context,” which will “bring together specialists whose work offers new perspectives on China’s economic reforms, past and present. The focus of this panel will be to challenge the conventional and increasingly dubious story of Chinese deregulation and market liberalization as a movement of institutional convergence and systemwide transition. Reinserting the Chinese reforms in their regional context, the panel will revisit key questions concerning the market re-form debate, models for economic development, international exchanges, and on-the-ground connections that paved the way for early investment.”

Professor Ethan Katz will continue work on a manuscript entitled Building Resistance: The Uprising of Jews and Antisemites That Helped Win World War II, which “recounts the story of the Algiers underground of 1940-1943 – arguably the most strategically consequential resistance movement of World War II.”

“When the American and British armies landed in North Africa in November 1942, they began Operation Torch, which proved to be one of the global turning points of World War II,” Katz explained in his proposal. “What is little known is that the Allied path into Algiers was made possible by a local underground of young Jewish leftists and arch-conservative, frequently antisemitic military brass and businessmen. In the hours before the landing, this motley group took over nearly all of Vichy France’s major institutions in Algiers and arrested the regime’s leaders. Soon after, the Allies took control of Algiers and, within months, all of French North Africa.”

Drawing upon sources in “a dozen archives and employing methodologies that draw from history, sociology, political science, and gender and family studies,” Katz “traces the paths of resistance of an unlikely set of comrades. It illuminates who made up the members of the underground, where they came from, and what led them to fight. From this story, we learn that resisters’ choices unfolded in a moral ‘grey zone,’ and that one’s entry into resistance often originated in particular social networks, their distinctive culture, and the resister’s conception of his manhood or family.”

As part of his Matrix Faculty Fellowship, Katz plans to organize a “mini-conference” focused on the theme “Paths of Resistance: The Who, Why, and How of Uprisings,” in which participants would focus on the explanatory power of these frameworks for several overarching questions: Can we chart a “typology” of resisters or resistance movements across a variety of chronological and geographical contexts? What are the leading motivations of those who choose to resist? How best can we account for differences in the makeup of movements that have emerged in various times, places, and contexts? The event would bring together an interdisciplinary group of scholars working on three distinct settings for resistance movements: those against Nazism and collaboration in Europe and its empires during World War II, U.S.-based social movements for equality past or present, and movements against authoritarianism based in the Global South.

“The golden age of Islamic medicine dates to 11th-14th centuries, a period that produced medical treatises by physician philosophers that continue to serve as reference for contemporary medicinal practices,” Mameni explained in a proposal. “My project is concerned with Islamic medical views on the gendered body, and in particular the conception of intersex and transgender bodies within medical manuscripts from this period.”

Mameni’s preliminary research has found transgender practices existing prior to Western scientific conception of the body as gendered through hormones. “I have found Islamic medicinal practices that used animal matter, plants and other earthly elements (such as heat application) that intervened in gendered expectations (such as offering remedies for sexual pleasure and contraception). Furthermore, I have found medical and juridical discussions around intersex bodies that defied fixed gendered expectations and surgical recommendations dating back to the 11th century.”

“The contemporary prevalence of sex reassignment surgery and hormone therapy within the Muslim world (such as Iran and Pakistan) has longer histories that have rarely entered Western scientific histories of hormone therapy. Hormonal conceptions of the gendered body within Western medicine dates to the early 20th century, yet using medicine to enhance or alter the sexed/gendered body has a much longer history in Non-Western medicinal practices. This study brings much needed attention to pre-hormonal conceptions of intersex and transgender medicinal practices within Muslim medicine.”

In addition, Mameni intends to organize a panel discussion on the theme, “Transgender Medicine” that “engages with the racial histories of transgender medicine as well its divergent historical practices…. My aim is to organize a panel discussion that not only highlights interdisciplinary research within transgender studies but also brings scholars from different disciplines into conversation. The panel proposes to particularly focus on vernacular and non-Western practices that have long defied fixed conceptions of gender, as well as subjugated transgender knowledges within racialized scientific practices. Proposed speakers come from various disciplinary backgrounds including history, anthropology, performance art, and Science and Technology studies.” 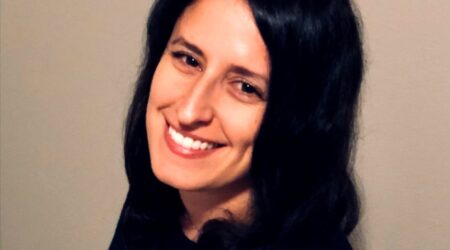 Race, Gender, and Political Speech: An Interview with Gabriella Licata

When Alexandria Ocasio-Cortez was insulted on the Capitol steps in July 2020, it was a brief media sensation. But what does being called an “effing bitch” mean for how we think about political speech? This episode of the Matrix Podcast features an interview with Gabriella Licata, a PhD candidate in Romance Languages and Literatures at UC Berkeley, focused on how the standard language ideologies of political speech come to shape perceptions of language and people in Congress.

END_OF_DOCUMENT_TOKEN_TO_BE_REPLACED 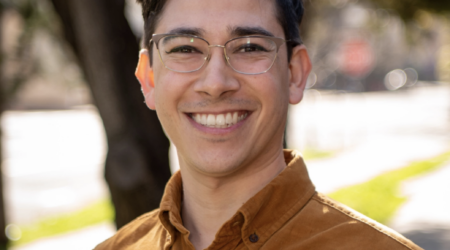 Read a Matrix visual interview with Santiago Molina, a Postdoctoral Fellow at Northwestern University, who researches how CRISPR, the genetic engineering technology, has become an everyday part of scientific practice.

END_OF_DOCUMENT_TOKEN_TO_BE_REPLACED 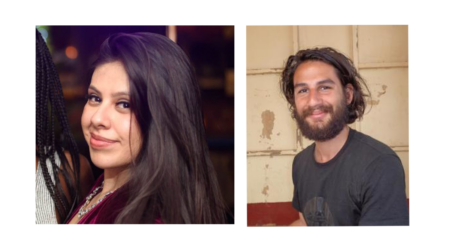 Two UC Berkeley social science graduate students have been selected as the inaugural recipients of the Iris Hui Memorial Graduate Student Scholarship. Joseph Greenbaum, a PhD student in the Department of Political Science; and Gisselle Perez-Leon, a PhD candidate in the Department of History, will each receive a stipend to support their research for the 2022-2023 academic year.