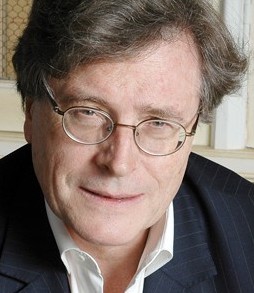 Is secularism (laïcité) compatible with religious tolerance? In raising this question, Professor Denis Lacorne, Senior Research Fellow at CERI (Centre d’Etudes et des Researches Internationales), Sciences Po, will explore the impact of secular regimes on religious tolerance, emphasizing religious symbols and the space granted to religious symbols in the public square. In drawing examples from France, the United States and Italy, he will attempt to demonstrate that a nominally secular state is not necessarily a neutral or blind state with regard to religious beliefs. While the secular state does regulate the presence of religious symbols, this regulation can be mild—for instance, nativity scenes allowed under certain conditions—or aggressive and even punitive when it prohibits ostentatious religious clothings, such as the hijab, the niqab or the burquini in the public square. The wall of separation between church and state is rarely “high and impregnable” and the institutional tolerance of religious symbols varies widely according to countries and regimes of secularism.

Denis Lacorne has written extensively on religion in the United States and the politics of toleration in general. He turns to history to trace the development of modern conceptions of toleration and to find precedents for new ways we can understand and apply it. In his recent book The Limits of Tolerance (2019), translated from Les frontières de la tolérance (2016), Lacorne distinguishes the “modern” definition of tolerance from predecessors and alternatives. He associates this modern account with European thinkers of the seventeenth and eighteenth century, including Locke and Voltaire, who rendered tolerance a necessary condition to uphold a right to religious belief, practice and conscience. Drawing from older practices of tolerance, he uses history to mark the uniqueness of the “multicultural” regimes of toleration that have become common for nations that have seen considerable influxes of immigration from minority religions since the last decades of the twentieth century.

UPDATE: THIS EVENT WILL BE ONLINE ONLY. PLEASE REGISTER TO RECEIVE A ZOOM LINK FOR THE WEBINAR.


While we plan to hold this lecture in-person at Social Science Matrix (820 Social Sciences Building, UC Berkeley campus), public health conditions may require us to limit attendance to only virtual attendees. Registered attendees will be notified if things change.