Home » Events » The Future of the Global University: A Conversation between William Kirby and Nicholas Dirks 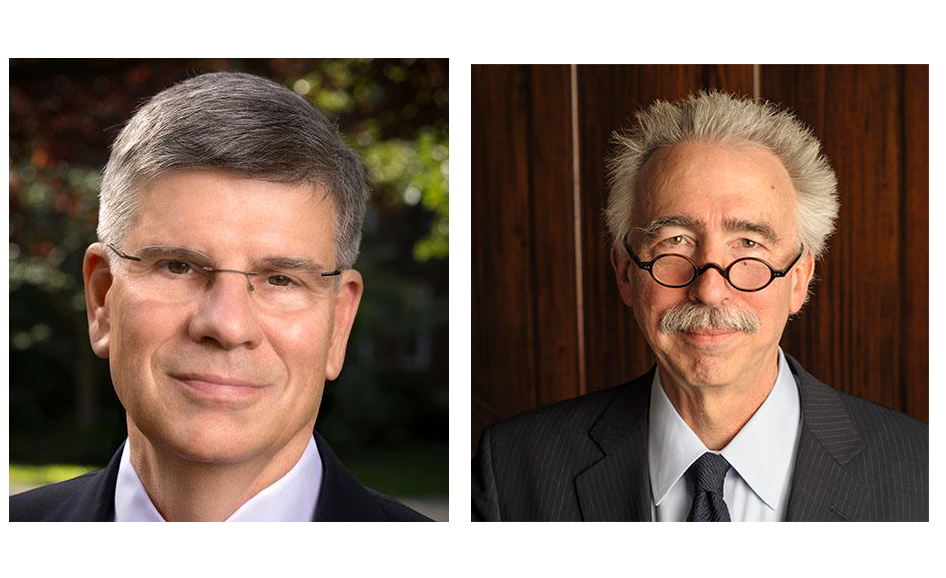 For much of the 20th century, the United States’ universities were indisputably at the forefront of the creation of knowledge across the globe. Today, however, in an era of the reduction of public support for universities, contests over their political location, and calls for their fundamental reorganization, the US university faces challenges as never before. At the same time, strengthened and renewed educational institutions are appearing across Asia, challenging the dominance of the US University in research and teaching excellence without necessarily reproducing its commitments to security of employment and academic freedom. What is the future of the modern university in this emerging global context of international competition?

Please join us for a wide-ranging discussion of these and other themes arising from Empire of Ideas: Creating the Modern University from Germany to America to China, a new book by William C. Kirby, T. M. Chang Professor of China Studies at Harvard University and Spangler Family Professor of Business Administration at the Harvard Business School, will be joined in conversation by Nicholas Dirks, President and CEO, New York Academy of Sciences, and former Chancellor and Professor of History and Anthropology Emeritus, UC Berkeley.

Nicholas B. Dirks: Since taking over the helm of the New York Academy of Sciences in June of 2020, Nicholas Dirks, an internationally renowned historian and anthropologist, has been spearheading the effort to provide the most cutting-edge data about COVID-19 to the science and business communities as well as to the public at large. Dirks was awarded a Ph.D. from the University of Chicago, and has taught at the California Institute of Technology, the University of Michigan, and Columbia University. At Columbia he chaired the anthropology department, later becoming executive vice president for the arts and sciences and dean of the faculty. He then served as tenth chancellor of the University of California, Berkeley where he is also a professor of history and anthropology.

As the former Chancellor at UC Berkeley, one of the world’s premier research universities, Dirks is a strong advocate for academic collaboration across disciplines and borders to solve global problems. At Berkeley, he improved facilities and programs for undergraduates while establishing a new division for the study of data science. He strengthened alumni relations and presided over record-breaking fundraising as well as invested in major research collaborations in neuroscience and genomics. Dirks developed a close working relationship with the University of California San Francisco, and helped negotiate Berkeley’s participation in the $600 million Chan Zuckerberg BioHub, as well as global partnerships with universities in the UK, China and Singapore.

Dirks has published four major books, including Castes of Mind, about changes to the caste system in India under British colonial rule. The book won several major awards, including the Lionel Trilling Award, and is widely taught in graduate curricula in the U.S. and India. Dirks has held many fellowships and scholarships and received honorary degrees in Beijing, China, and Madras, India. He was awarded a Guggenheim Fellowship and MacArthur Foundation residential fellowship at the Institute for Advanced Study at Princeton. In addition, Dirks is a fellow of the American Academy of Arts and Sciences, and a Senior Fellow at the Council on Foreign Relations.

A historian of modern China, Kirby’s work examines contemporary China’s business, economic, and political development in an international context. He writes and teaches on the growth of modern companies in China (Chinese and foreign; state-owned and private); Chinese corporate law and company structure; business relations across Greater China (PRC, Taiwan, Hong Kong); and China’s relations with the United States and Europe. He has authored or co-authored more than fifty HBS cases on business in China, ranging from start-ups to SOEs; agribusiness and middle-class consumption; banking and microfinance; healthcare and education; corporate governance and corporate social responsibility; and the global strategies of Chinese firms. His current projects include case studies of trend-setting Chinese businesses and a comparative study of higher education in China, Europe, and the United States. His most recent books include Can China Lead? (Harvard Business Review Press) and China and Europe on the New Silk Road (Oxford University Press).

Before coming to Harvard in 1992, he was professor of history, director of Asian studies, and dean of University College at Washington University in St. Louis. At Harvard, he has served as chair of the history department, director of the Harvard University Asia Center, and director of the Fairbank Center for Chinese Studies. As dean of the Faculty of Arts and Sciences., he led Harvard’s largest school, with 10,000 students, 1,000 faculty members, 2,500 staff, and an annual budget of $1 billion.

Professor Kirby’s research and consulting have focused on strategies for business and education in China. In addition to the American Council of Learned Societies, he serves on the Board of Directors of Cabot Corporation; The China Fund, Inc.; The Taiwan Fund, Inc.; Harvard University Press; and Schwarzman Scholars at Tsinghua University. He served as senior advisor on China to Duke University in the founding of Duke Kunshan University.


Social Science Matrix is located on the 8th floor of the Social Sciences Building (formerly Barrows Hall), on the southern edge of the UC Berkeley campus. The elevator to our entrance is located on the east end of the building. You can alternately take an elevator to the seventh floor and come up the stairs. Please note that in-person attendees will be required to comply with all applicable campus COVID-19 protocols.