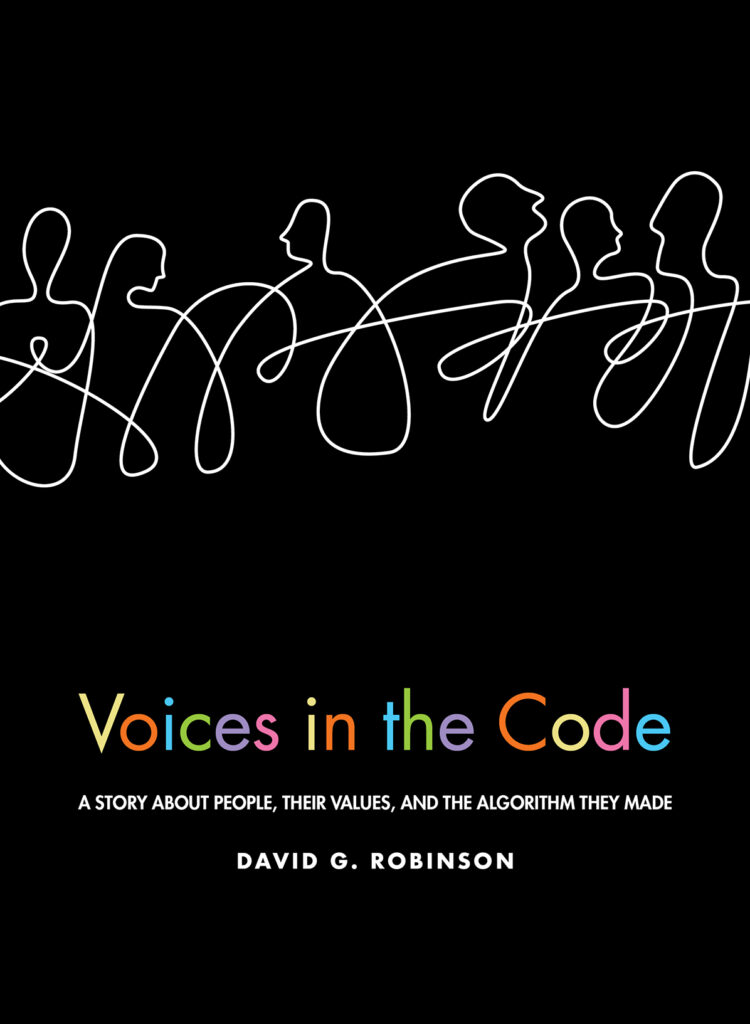 Join us on October 10 for an “Authors Meet Critics” panel about the book Voices in the Code: A Story About People, Their Values, and the Algorithm They Made, by David Robinson, a visiting scholar at Social Science Matrix and a member of the faculty at Apple University. Robinson will be joined in conversation by Iason Gabriel, a Staff Research Scientist at DeepMind, and Deirdre Mulligan, Professor in the UC Berkeley School of Information.

Co-sponsored by the Berkeley Center for Law & Technology, the Center for Long-Term Cybersecurity, and the Algorithmic Fairness and Opacity Group (AFOG).

Algorithms – rules written into software – shape key moments in our lives: from who gets hired or admitted to a top public school, to who should go to jail or receive scarce public benefits. Today, high stakes software is rarely open to scrutiny, but its code navigates moral questions: Which of a person’s traits are fair to consider as part of a job application? Who deserves priority in accessing scarce public resources, whether those are school seats, housing, or medicine? When someone first appears in a courtroom, how should their freedom be weighed against the risks they might pose to others?

Policymakers and the public often find algorithms to be complex, opaque and intimidating—and it can be tempting to pretend that hard moral questions have simple technological answers. But that approach leaves technical experts holding the moral microphone, and it stops people who lack technical expertise from making their voices heard. Today, policymakers and scholars are seeking better ways to share the moral decisionmaking within high stakes software — exploring ideas like public participation, transparency, forecasting, and algorithmic audits. But there are few real examples of those techniques in use.

In Voices in the Code, scholar David G. Robinson tells the story of how one community built a life-and-death algorithm in a relatively inclusive, accountable way. Between 2004 and 2014, a diverse group of patients, surgeons, clinicians, data scientists, public officials and advocates collaborated and compromised to build a new transplant matching algorithm – a system to offer donated kidneys to particular patients from the U.S. national waiting list.

Drawing on interviews with key stakeholders, unpublished archives, and a wide scholarly literature, Robinson shows how this new Kidney Allocation System emerged and evolved over time, as participants gradually built a shared understanding both of what was possible, and of what would be fair. Robinson finds much to criticize, but also much to admire, in this story. It ultimately illustrates both the promise and the limits of participation, transparency, forecasting and auditing of high stakes software. The book’s final chapter draws out lessons for the broader struggle to build technology in a democratic and accountable way.

David Robinson is a visiting scholar at Social Science Matrix and a member of the faculty at Apple University. From 2018 to 2021, he developed this book as a Visiting Scientist at Cornell’s AI Policy and Practice Project. Earlier, Robinson co-founded and led Upturn, an NGO that partners with civil rights organizations to advance equity and justice in the design, governance, and use of digital technology. 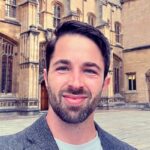 Iason Gabriel is a Staff Research Scientist who works in the ethics research team at DeepMind. His work focuses on the relationship between artificial intelligence and human values, including questions of democracy, participation, and social justice in the context of AI. Iason’s background is in political and moral philosophy. He taught at the University of Oxford and worked for the United Nations Development Program before joining DeepMind.

Deirdre K. Mulligan is a Professor in the School of Information at UC Berkeley, a faculty director of the Berkeley Center for Law & Technology, a co-organizer of the Algorithmic Fairness & Opacity Working Group. Mulligan is also an affiliated faculty of the UC Berkeley Center for Long-Term Cybersecurity, and a faculty advisor to the Center for Technology, Society & Policy. Mulligan’s research explores legal and technical means of protecting values such as privacy, freedom of expression, and fairness in emerging technical systems.  Her book, Privacy on the Ground: Driving Corporate Behavior in the United States and Europe, a study of privacy practices in large corporations in five countries (conducted with UC Berkeley Law Prof. Kenneth Bamberger) was published by MIT Press.


Social Science Matrix is located on the eighth floor of the Social Sciences Building (formerly Barrows Hall), on the southern edge of the UC Berkeley campus. The elevator to our entrance is located on the east end of the building. You can alternately take an elevator to the seventh floor and come up the stairs. Please note that in-person attendees will be required to comply with campus COVID-19 protocols.