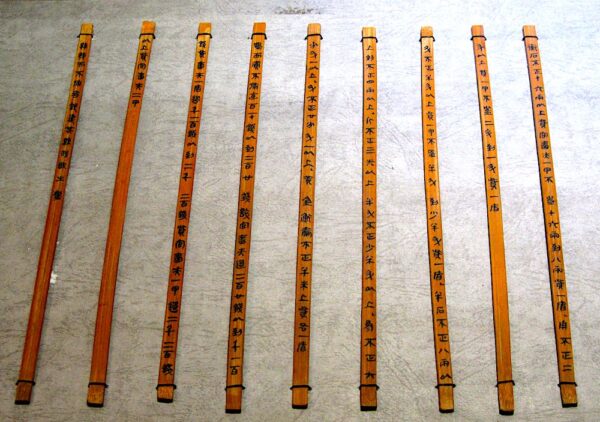 Image: Part of the Shuihudi Qin bamboo texts, in the China Audit Museum in Nantong. Image by 猫猫的日记本